In 2010, all countries produced a status report about the implementation of the EPBD in their country. The individual country reports can be found under the section “Country Information” of this CA website, whereas the compiled 2010 EU book is available here.

During the Concerted Action, participants debate at length and in detail on specific issues. The detailed technical reports are:

As first step towards the national application of the nearly zero-energy building definition of the EPBD recast, the CA has developed an overview of the used terms for high performance buildings, the built examples and the applied definitions. Member States representatives also informed about national incentive programmes for high performance buildings.

The price of energy performance certificates

The CA conducted a study on the price of energy performance certificates in Member States. Identification of factors that most influence the price can help the practical implementation of building energy certification schemes. It can be concluded that the price of certification depends mainly on the cost of the work of the expert and is defined, for the majority of MS, by market conditions.

One of the main provisions in the Energy Performance of Buildings Directive 2002/91/EC is the development of certification of buildings, in order to make energy consumption levels visible to owners, tenants and users, and to raise the awareness on energy efficiency whenever a building is constructed, sold or newly rented out.  Lack of quality can destroy the credibility of the certification system and lead to problems within official acts and with compliance with the legal national requirements. In order to implement certificates as a meaningful and reliable source of information, numerous countries have decided to implement a quality assurance system for the Energy Performance Certificates. A review of the national approaches can be found in the report.

Cost effectiveness is a key issue for inspections, in view of the additional requirements introduced by the EPBD Recast. It is essential to carefully consider the role and behaviour of the relevant market actors (building owners and maintenance staff) to reach the objective of ensuring good maintenance while maximising energy savings and minimising investments, to improve energy efficiency in heating and cooling systems.

The Concerted Action was asked by DG-TREN to provide a summary of its conclusions and recommendations as an input for the recast work that took place in the second semester of 2009. It builds upon the conclusions of the summary report from the CA 2005-2007 and provides added material that was produced in the first half of the CA 2007-2010. This summary report, sent to the Commission in September 2009, and then made available to all those officially involved in the drafting of the new EPBD recast, is now ready to be publicly released. As you will be able to see, the EPBD recast adopted many of the main conclusions and recommendations stated in this CA summary report, as it describes best practices and main desirable improvements for optimum implementation of the EPBD at EU level.

In 2008, all countries have produced a status report about the transposition of the EPBD in their country. The individual country reports can be found under the section “Country Information” of this CA website,  whereas the compiled 2008 EU book is available here. 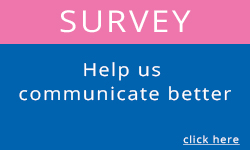